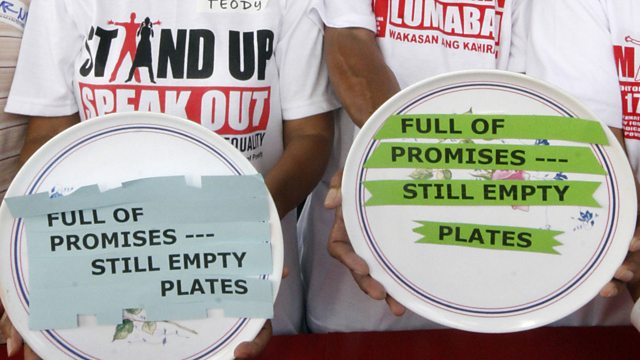 Have the eight goals for addressing extreme poverty set by the UN made a difference?

Fifteen years ago at the Millennium Summit the United Nations set eight goals for addressing extreme poverty. They became known as the Millennium Development Goals. A deadline of 2015 was set to achieve what the UN said were ‘quantified targets’ – so how did we do?

We find that in many cases the targets are incredibly difficult to quantify and that progress in some areas might not be all it seems.

More or Less: The Greek Odyssey