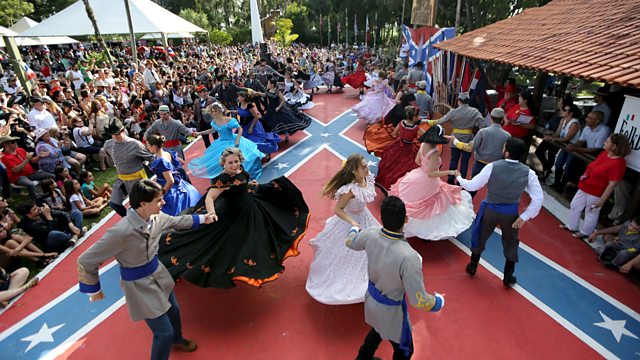 The Confederate Flag Flies in Brazil

As the American public tries to come to grips with the murder of nine black church-goers in the South Carolina city of Charleston, national soul-searching about racism is at a tragic high. And so too is public outcry about the Confederate flag. The flag is emblematic of the US South during the American Civil War and has long been a symbol of southern pride, but scores of people today believe it represents slavery and white supremacy. The American South, however, is not the only place in the world where the Confederate flag has flown high. It's also proudly displayed in the rural Brazilian town of Santa Barbara D'Oeste. The Reuters reporter Asher Levine was in ‘Americana’ for one of the town’s annual celebrations.

Image: Descendants of American Southerners wearing Confederate-era clothing dance during a party in Santa Barbara D'Oeste to celebrate the 150th anniversary of the end of the American Civil War. Credit: Paulo Whitaker/Reuters

See all clips from Unchained (3)