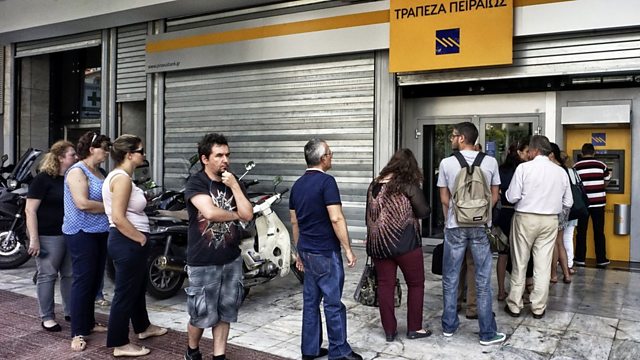 Greek citizens have protested and formed long queues outside of ATMs. The ECB has capped its support for Greek banks, prompting their closure this week, and limits on cash withdrawals. We hear from Athens, from Michael Spourdalakis, dean of the school of economics and politics at the University of Athens, and from Ngaire Woods, dean of the Blavatnik School of Government at Oxford University and a former external advisor to the IMF. We also get the latest market reaction to the crisis from our economics correspondent Andrew Walker.

Greece: Is This It?