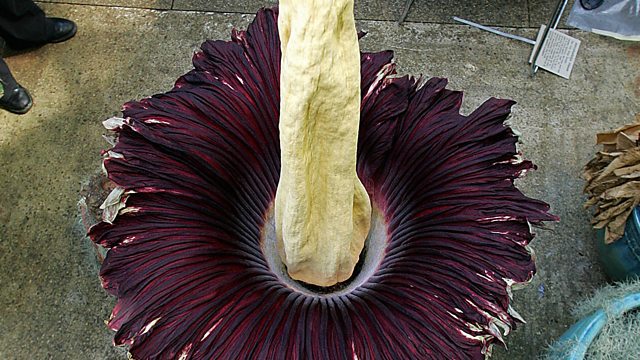 'Reekie' the flower that smells of rotting fish and decaying flesh

The Amorphophallus titanum, also known as the corpse flower, is one of the smelliest flowers in the world and could be the star exhibit at the Royal Botanic Garden in Edinburgh.

The plant "omits chemicals to attract pollinators" and the odour is "so strong" because it has to "attract beetles from one flower to another".

It is hoped the flower will set a Guinness World Record for being the tallest Amorphophallus titanium ever recorded - Reekie currently stands at over three metres and ten centimeters tall.

This clip is originally from 5 live Breakfast on Saturday 13 June 2015.