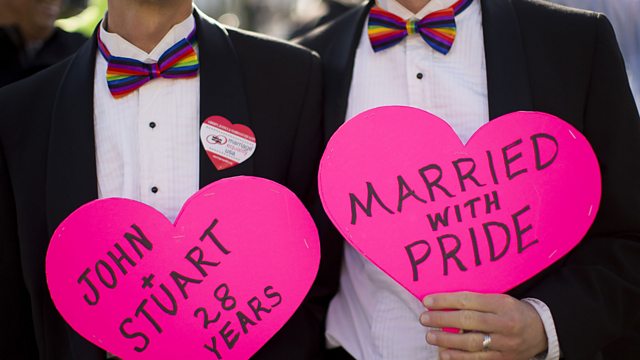 Objections at the Wedding

Heart and Soul Objections at the Wedding

The religious fallout from the anticipated legalisation of same-sex marriage in the US.

Many traditional religious Americans feel under attack. As the US Supreme Court decides on the future of same-sex marriage, journalist Gary Younge takes a step back to understand the anger, the concerns and the personal faith-based objections to the issue.