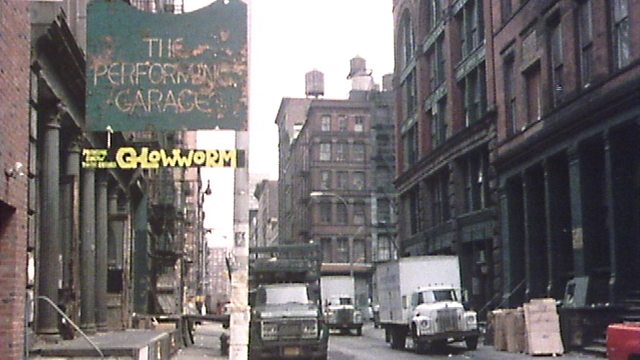 Humphrey Burton introduces two Omnibus USA reports on the arts in New York... that is the arts in the streets, away from the museums and the concert halls.

Saturday in Soho
New York's Soho is the Bohemian quarter to the south of Houston Street between Greenwich Village and Little Italy. On a spring Saturday artists, dancers and musicians gather at a loft studio called Environ. This film is an impression of their work and of the Soho area.

Watching My Name Go By
Kids in New York have a unique kind of occupation - sitting on the subway stations 'watching my name go by'. Eleven to 17-year-olds compete to see how many times they can 'get their names up' in a colourful way - a kind of graffiti cult game which has its own rules and regulations. It's illegal and dangerous - and while some New Yorkers think it's a kind of art, others think it's kind of disgusting. (1976)

The Savage: Paul Gauguin and the Construction of Paradise

See all episodes from Omnibus

Explore the great lives of artists and writers who forged their own paths in this BBC Four Collection.
Bohemian Icons