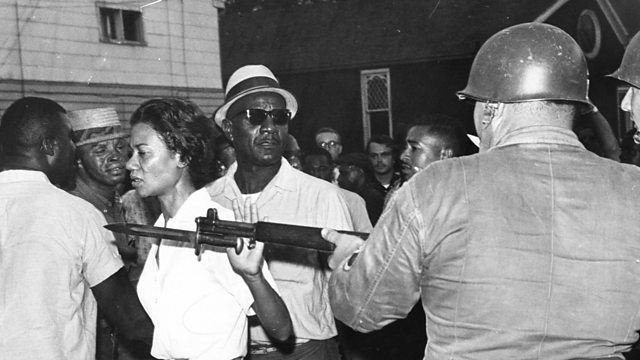 The woman campaigner who led protests in Cambridge, Maryland, and became a role model for radical black activists in the USA.

In 1963, racial unrest broke out in Cambridge, Maryland, and made headlines across the USA. The rioting was sparked by a civil rights campaign led by 40-year-old Gloria Richardson. Her radical approach was eventually successful in Cambridge and made her a role model for a later generation of African-American activists. She talks to Simon Watts. With thanks to Joseph R. Fitzgerald, Ph.D., Cabrini College, Pennsylvania.