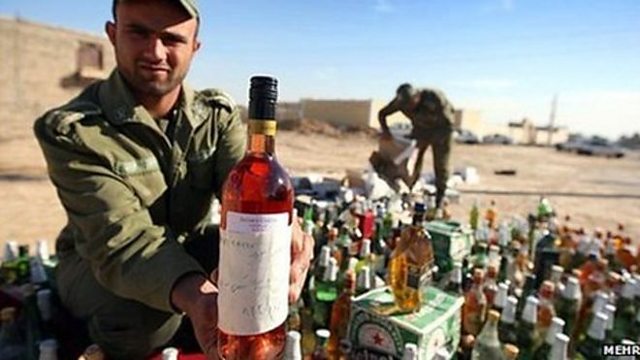 Why booze is booming in Iran

"Drink wine and forget the rest”. Alcoholism is soaring in teetotal Iran, but why are so many Iranians drinking? Alcohol has been banned since the 1979 Islamic revolution, but now the Health Ministry is opening 150 treatment centres. The move is seen by many as the first admission by the government that Iran has a drinking problem. Ali Hamedani from the BBC's Persian Service explains more about the role of alcohol in Iranian society.