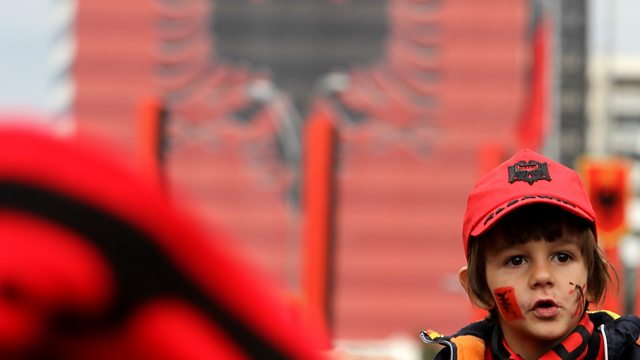 Albania emerges: where is the country at?

In the early 1990s, Albania - Europe's most closed and repressive state - began a startling transition out of forty years of Communist isolation. An American student at Columbia University, Fred Abrahams, went to teach there and has been in the country frequently since then. He has now written a book - Modern Albania - charting the country's transition to democracy. How is it that process going?

(Photo: A young boy during celebrations marking 100 years of Albanian independence from the Ottoman Empire in 2012. Credit: Gent Shkullaku/AFP/Getty Images)