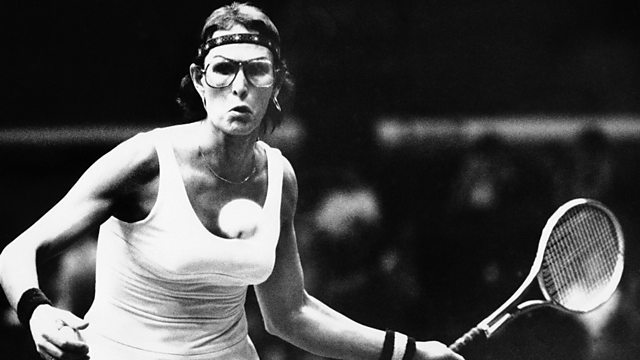 The transgender American tennis player who fought for the right to compete in tournaments as a woman in the 1970s.

In the 1970s, the American transgender tennis player, Renee Richards, fought a long campaign for the right to play tournaments as a woman. Despite objections from fellow players and the tennis establishment, she was eventually allowed to play in the US Open. She shares her story with Ashley Byrne.

(Photo: Renee Richards prepares for a forearm shot in a match at the professional womens tennis tournament in Seattle, 1978. She defeated Sue Mappin of England, 7-6, 5-1 (tiebreaker), 6-1. Credit: AP/Kerry Coughlin)

US Wrestlers in Iran