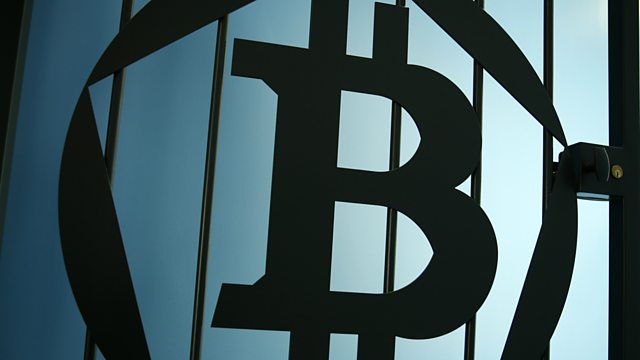 The virtual currency Bitcoin has had a tough time. Although still very popular it hit the headlines in 2014 for all the wrong reasons but over the past few months some companies have decided that inside Bitcoin's inner workings there is new opportunity to be found and it's far removed from the scandals and marketplaces of the dark web. Peter Kirby is one such entrepreneur but Jonathan Zittrain of Harvard University remains to be convinced.
PIC: A Bitcoin logo is pictured on a door at La Maison du Bitcoin in Paris. REUTERS/Benoit Tessier