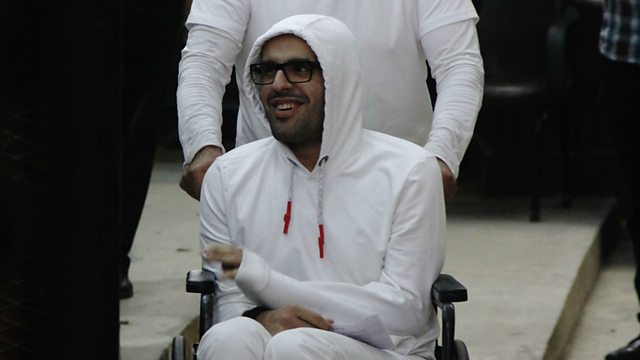 The Egyptian-American citizen journalist Mohamed Soltan has been released from jail in Cairo, where he was serving a life sentence for support of anti-government protests two years ago, and sent back to the United States. His father is a prominent member of the Muslim Brotherhood. Waleed Nassar is Mohamed's brother-in-law and one of his lawyers.

The picture shows Mohammed Soltan pushed by his father during a court appearance in Cairo in March 2015. (Credit: AP)