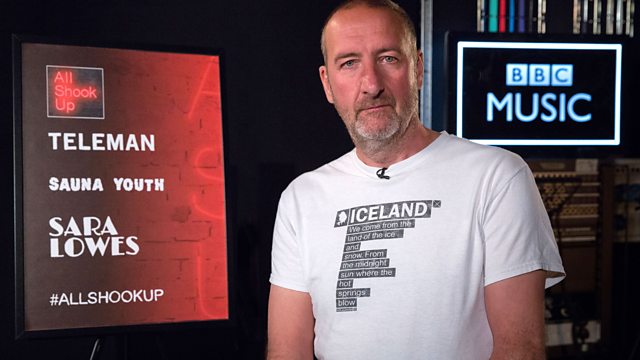 When London-based popsters Pete and the Pirates split up they left behind them a legion of very unhappy followers who wondered what would become of the ever-inventive 5-piece band. They had no need to worry. Within a year of the Pirates walking the metaphorical plank, 3 of the 5 members resurfaced with a new drummer and a new hypnotic, motorik sound. It soon became very clear that Thomas Sanders and his fellow Telemen had made the right decision. Overtaking their previous guise in both critical acclaim and success, Teleman are about to make their name household.

Sauna Youth are 4 musicians based in London whose first album Dreamlands was a spikey post-punk influenced affair which saw them land a session on Marc Riley’s 6 Music programme and secure a record deal for the imminent 2nd album Distractions. They were delighted to be invited to perform alongside their much-loved Wire at their Drill festival at the end of 2014. Ever inventive, the same 4 members of Sauna Youth are also members of a very different band called Monotony (with each member forsaking their first instrument to negotiate a 2nd, much less familiar one).

Sara Lowes began her musical career as a member of the legendary psyche-folk band The Earlies. A band with unlikely roots in Burnley, Lancashire and Texas, U.S.A. they created something of a stir when they landed in 2004. As geography became a real problem for the band in 2009 its various members went their separate ways with Sara currently enjoying the fruits of her 3rd solo LP The Joy Of Waiting. She has collaborated with the likes of Texan troubadour Micah P Hinson and (coincidentally also Texan) legend Daniel Johnston and was invited by Tindersticks to open for them on a prestigious European tour in 2012.