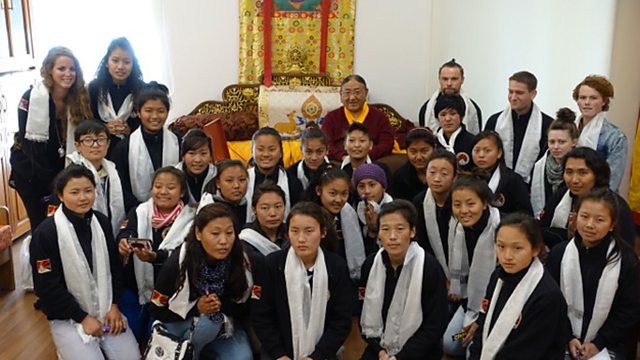 The struggles of the Tibet women’s soccer team as the Fifa Women's World Cup 2015 kicks off.

With the Fifa Women’s World Cup kicking off in Canada on 6 June 2015, we join the Tibetan women’s soccer team, the Snow Lionesses, as they begin the match of their lives, including the challenge to achieve international recognition in the face of Chinese opposition, entrenched sexism in their own community and flagrant objection from Fifa, world football’s governing body.

Supported by a group of non-Tibetan coaches, we follow the Snow Lionesses – 27 young refugees living in exile across India – as they endure the trials and tribulations of a month-long training camp in Uttarakhand State. In the ensuing weeks, each young woman will give her all for her teammates, her family and her homeland, hoping to earn a place on the fledgling national squad that will tour Delhi and face three of India’s strongest women’s football teams.

As the players offer inspiration with stories of escape from Tibet, living with sexual assault and family tragedy, and the quest to garner support from the international community, soccer and sisterhood emerge as powerful vehicles in the struggle for both a Tibetan identity and gender equality.

But as their goal of traveling to Delhi is threatened, will it be geopolitics, Fifa, or the conservatism of elements in their own community that presents the biggest challenge to the Snow Lionesses winning the game of their lives?