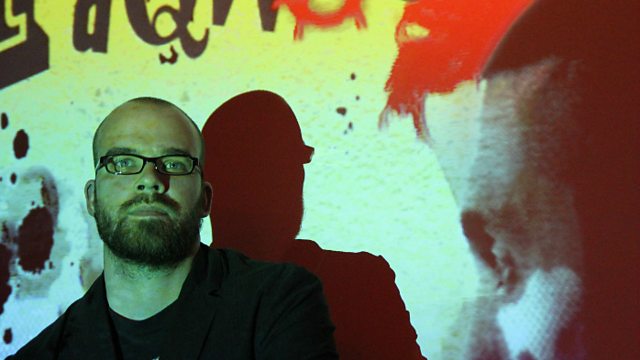 An American convert to Islam explains why he was drawn to violent extremism.

We’ll meet Michael Muhammed Knight, an American convert to Islam who explains why he was drawn to violent extremism— and how he came to ultimately reject it. We’ll also hear how former US soldiers use body art to mark their service and share experiences that are often hard to put into words. And, the grandson of General George S. Patton tells us why he makes films, not war.

Plus: memories of fleeing Vietnam, landing in Idaho and asking people for candy. Why anti-communist Vietnamese refugees in New Orleans signed up for a cooperative farm. And we’ll meet David Radzynski, Israel's newest concertmaster, who’s leading a youth movement at the country's premier orchestra.

See all clips from Military Manoeuvres (3)