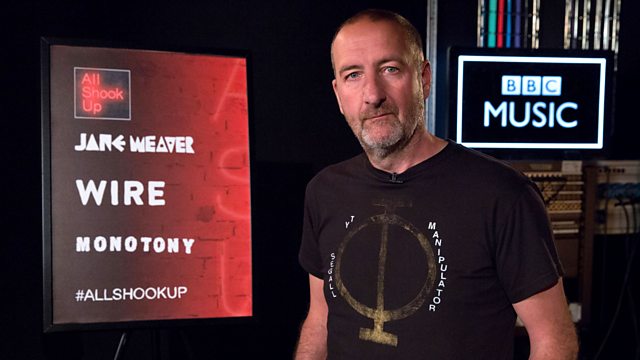 Jane Weaver is a Liverpool born artist who has been making records under different guises since 1993. Her latest album The Silver Globe was named Piccadilly Records No 1 album of 2014. Add to this numerous other plaudits aimed at the record and you’ll see Jane’s star is in the ascendancy. She also runs the Bird record label that primarily showcases the talents of undiscovered female folk artists. She channels the spirit of Hawkwind and Kraut‐rock whilst creating a synth-­‐based magic all of her own. As if all this weren’t enough, she regularly wears a cape.

When Wire arrived in 1976 it was obvious from the offset that they were far from the typical common or garden variety punk band inspired by the awakening beast we know and love as The Sex Pistols. Their early lumpen staccato offerings owed more to Eno than to Iggy and The Stooges and sure enough by 1978 they’d turned into a sophisticated, knowing, smart vehicle worthy of the brain‐power and sense of mischief encased within. They’ve gone on to be one of the most influential British bands of the last 40 years. Their new album Wire is up there with their best.

Monotony are a 4‐piece band from London who upon close scrutiny have an eerie resemblance to another London band Sauna Youth. And there’s a very good reason for that, for they are, indeed one and the same artists. During a slightly deflated routine rehearsal the musicians in question decided to become mischief‐makers and swap instruments. In this moment Monotony was born. A rough around the edges, thrilling
affair given a defining edge by the simple fact that all the players in this scenario are novices on their newly chosen instruments and are inspired by the challenges they face.