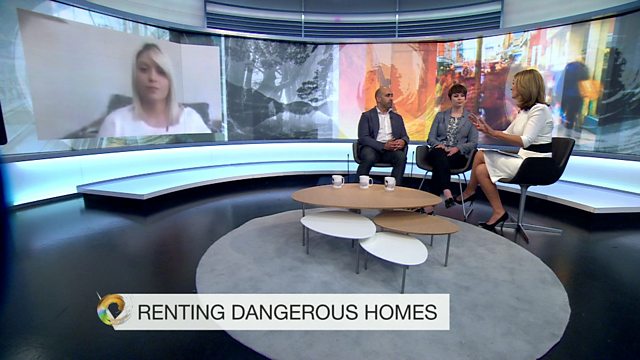 Landlords are earning £5.6bn a year by renting out unsafe homes which fail to meet legal standards, a report says.
The Citizens Advice study says 740,000 households in England live in privately rented homes which present a severe threat to tenants' health from problems like damp and rat infestations.
Gillian Guy, chief executive of Citizens Advice, said: "Rogue landlords are putting profits before safety."
The government said it had given councils new powers to tackle them.
Victoria Derbyshire spoke to Stacey Nyberg, a mum of four who lives in rented accommodation, Richard Blanco from the National Landlords Association and Martha Mackenzie from the charity Shelter. 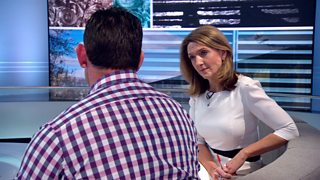