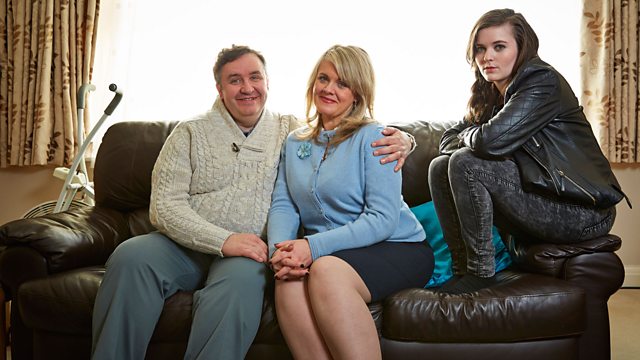 Comedy pilot. After Hattie's disastrous first term at university her parents decide it's probably best to bring her home to recover... and the utter impossibility of escape.

After just one term at university, Hattie has lost all her money to an online casino and is in debt to her drug dealer. So naturally, concerned parents Phil and Ramona bring her home to keep an eye on her while she recovers. But despite Ramona confiscating Hattie's keys, phone and shoes and despite Phil's unmistakable delight at having his only daughter and best friend back home, Hattie is determined to escape.

Phil and Ramona aren't the only ones who are glad to have Hattie home. Childhood friend and not-so-secret admirer Vincent feared he'd lost Hattie to higher education while honorary uncle, 'Uncle' Les, sees in Hattie a potential ally in escaping the lovingly suburban clutches of their cul-de-sac.

As if parental love wasn't bad enough, back at uni Hattie's former drug dealer is now threatening her best friend Sophie. It's time for Hattie to make a break for it. And if that means seducing Vincent, humouring Les, lying to Phil and matching wits with Ramona, it can't be any worse than the alternative - staying at home with the people who love you more than anyone else in the whole world.

See all episodes from Comedy Feeds