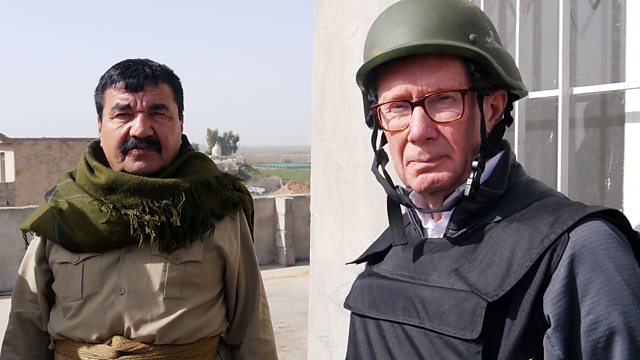 The story of how Islamic State, a small band of fanatical jihadi fighters, became the world’s richest terror army.

Peter Taylor reports on the rise of Islamic State, from its small beginnings in a United States detention camp to the force it is today, occupying large swathes of Iraq and Syria. He interviews the man who used to run the group’s finances and reveals the multiple sources of its funds, now said to be worth hundreds of millions of dollars. He explores what makes IS such a potent threat not only to the region, but also to the rest of the world. The programme includes interviews with leading intelligence insiders, among them David Petraeus, the former head of the CIA.

(Photo: Peter Taylor with a Kurdish Peshmerga fighter, on the frontline in northern Iraq. BBC copyright)