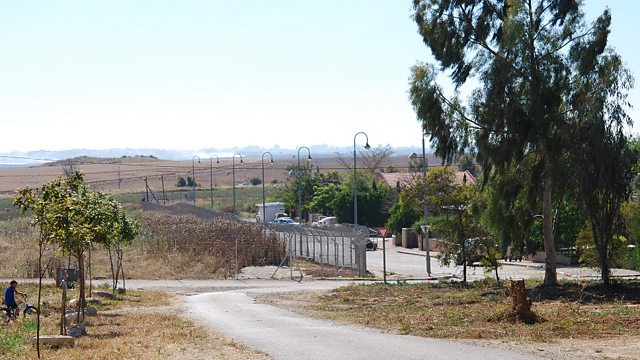 In our fourth special report from Israel and the Palestinian Territories we are in Jerusalem.

In our fourth special report from Israel and the Palestinian Territories we are in Jerusalem. This region has been the scene of many short but bloody wars over the past 70 years. Last summer the farms adjoining Israel's border with Gaza came under huge pressure. We speak to the Israeli farmers still trying to restore their land and livelihoods. We examine one of the key facts of life for observant Jews in Israel - the need to observe the Halacha - the Jewish religious laws that govern everyday life.

Ali Al Naimi, the oil minister of Saudi Arabia has told a conference in Paris that in 20 or 30 years his country will not need fossil fuels and would become a global player in solar and wind energy, eventually exporting electricity. International Oil economist Dr Mamdouh Salameh tells us how realistic this is.

McDonald's is under fire on two fronts. At the latest shareholder meeting executives were criticised for poor sales, while workers protested outside for a wage increase. The BBC's Samira Hussein tells us the story from Chicago.

All this and more discussed with our guests David Rosenberg, Business Editor of the daily Haaretz newspaper and Nasr Abdelkarim, Visiting Professor at the Arab-American University on the West Bank.