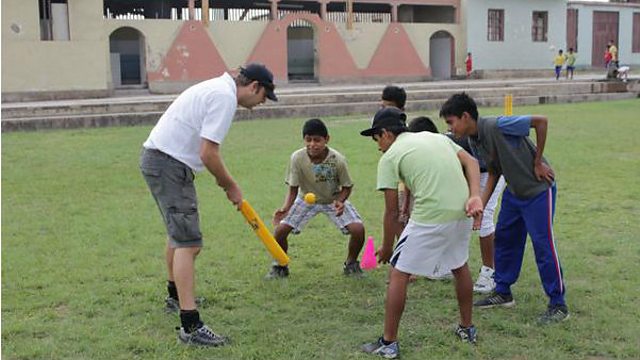 Paddington to Padding Up

When you think of sport in South America, cricket is probably not the first pastime that springs to mind.

But in Peru the cricket association there is trying to take on the continent's most popular sport of football by encouraging children to get involved from an early age.

Cricket has been played in Peru for well over 150 years and a men's league began in Lima in the 1950s - but now the cricket association wants to try and enthuse children with the thrill of leather on willow.

Simon Parker spent the afternoon at an orphanage in the Lima district of Magdalena where Miles Buesst was leading the catching practice.