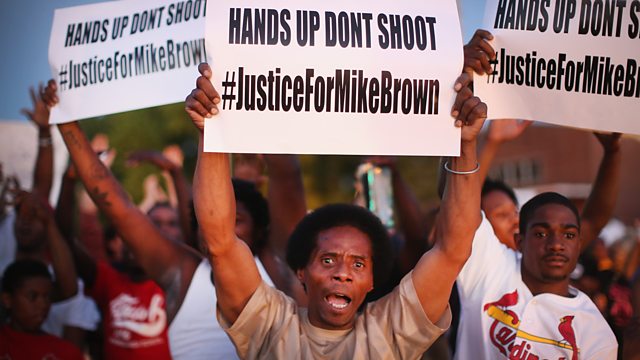 Why Do US Cops Keep Killing Unarmed Black Men?

Recent deaths of unarmed black men have triggered protests in a number of US cities. Activists claim they are evidence of racism and inequality in the justice system.

Recent high profile cases of unarmed black men dying at the hands of the US police have sparked outrage, protests and civil unrest in several American cities. The deaths of Michael Brown, Eric Garner, Walter Scott and Freddie Gray are – some claim – evidence of long-standing problems with police racism and excessive violence. But what do we really know about what’s happening? Our expert witnesses this week explain the issues of racism, bias and police use of force. And the head of President Obama’s taskforce on police reform, Charles Ramsey, tells us that fixing the problem will involve much more than just fixing the police.

Why is South Africa Still So Unequal?

Who Can Fix Fifa?