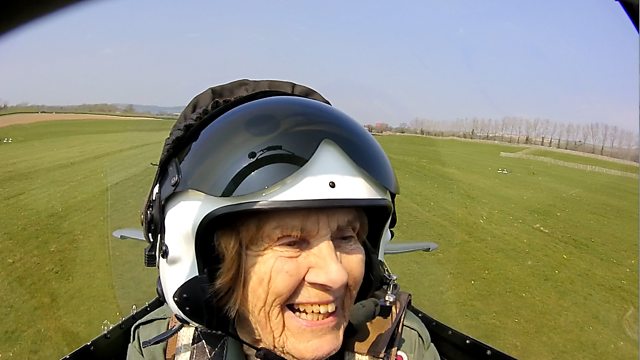 5 live Breakfast sends 92-year-old former female Spitfire pilot, Joy Lofthouse, back to the skies in one of the iconic planes 70 years on.

Joy Lofthouse is a veteran of the Air Transport Auxiliary during World War Two and now, at 92-years-old, the former Spitfire pilot returned to the skies.

Seven decades after her last flight in the iconic plane, Joy described the experience as “lovely: it was perfect”, making her feel "quite young.”

The ATA made an enormous contribution to the war effort by taking over from service pilots the task of ferrying Royal Air Force and Royal Navy warplanes between factories, maintenance units and front-line squadrons.

This clip is originally from 5 live Breakfast on Thursday 7 May 2015.

Veteran pilot Joy Lofthouse, who flew Spitfires and bombers for the Air Transport Auxiliary (ATA) during World War Two, has sadly passed away at the age of 94.

BBC Radio 5 live met Joy two years ago, when at the age of 92 she was given the chance to fly a Spitfire again.