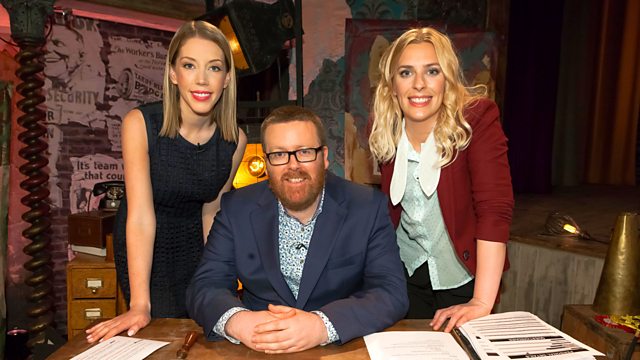 Recorded at Wilton's Music Hall, the show features Frankie's brilliant stand-up, discussion and audience interaction, in an attempt to make sense of a remarkable general election.

Recorded in front of a passionate crowd in London's historic Wilton's Music Hall, the show features Frankie at his brilliant best doing stand-up, review, discussion and audience interaction - all in an attempt to make sense of the remarkable general election results.

Throughout the show, Frankie makes a series of bold and often outrageous statements about the vote. He's joined by a range of guests including Sara Pascoe, Katherine Ryan and Akala, who are on hand to take him to task over his claims - before the audience decide whether he's right or wrong.