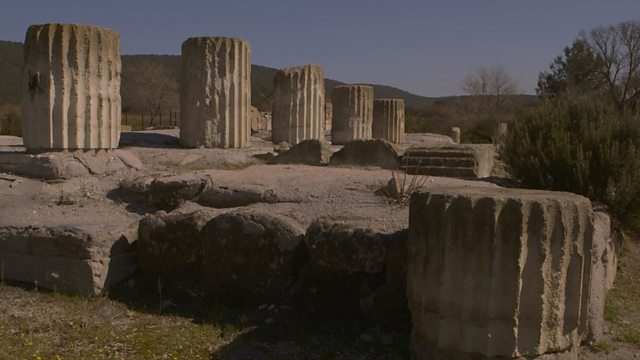 Dr Armand D'Angour has composed a melodic reconstruction of the 'brothers' poem based on the mixolydian mode and the metre of the sapphic stanza. Sung by Kalia Baklitzanaki.

Dr Armand D'Angour has composed a melodic reconstruction of the newly discovered 'brothers' poem based on the mixolydian mode and the metre of the sapphic stanza. Sung by Kalia Baklitzanaki.

Dr D'Angour says the following on his reconstruction:

"An ancient Greek author recounted that when the statesman Solon (6th century BC) heard his nephew singing a song of Sappho, he was so moved that he asked to be taught it ‘so that I may learn it and die’. Sung with beauty and purity, the effect of Sappho's songs on listeners was overwhelming. But what evidence exists for the music of Sappho’s lyrics? Ancient sources not only tell us about its effect, they also provide evidence for the different elements of the music: its rhythm, pitch, melodic structure, and instrumental accompaniment. By pulling together this evidence we can make a speculative reconstruction (and it can only be speculative) of how some of Sappho's songs may have sounded. The metrical patterns of Greek words, made up of distinct long and short syllables, was the basis of musical rhythm: in the Sapphic stanza three lines are set to a repeated near-identical pattern of long and short notes, and a shorter fourth line brings the stanza to a close. We can translate this rhythm into modern notation, and set a tempo that is slow enough to make the words intelligible when sung but rapid enough to give a sense of drama.

What about the melody? Ancient musical theorists ascribed to Sappho the use of the Mixolydian mode and gave details of its relative intervals, which included quarter-tones. Sappho played a 7-string lyre (barbitos), and using scholarly reconstructions of the pitch from ancient pipe relics the Mixolydian scale emerges (in modern notation) as e e# f a a# b-flat e’. Surviving fragments of Greek melodic notation show that melodies tended to be composed to weave around the central note (here the a) in accord with the tonal inflections of Greek words i.e. syllables on which the voice rose in pitch (like Khá- in the name Kháraxos) were set to higher notes than other syllables. Mixolydian was described as having a high-pitched, lamentatory quality; the reconstructed melody, intermittently reaching the high e and (in modern terms) in a minor key, seems to fit the description. One of the striking features of the melody is that it seems to require an identical falling cadence at the end of both stanzas - and indeed of every stanza of the ‘Brothers’ poem." 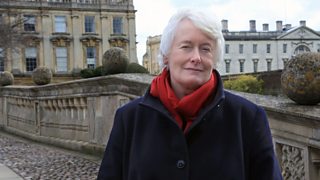 See all clips from Sappho: Love & Life on Lesbos with Margaret Mountford (3)