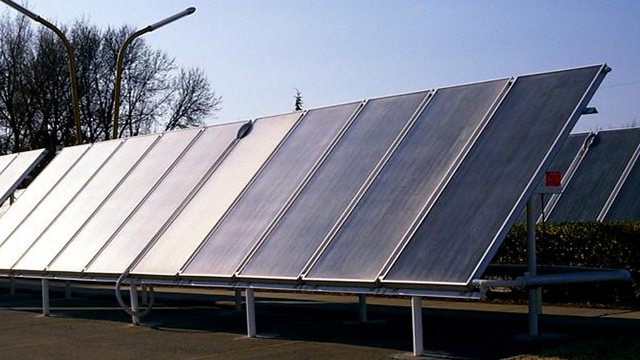 Solar power is the fastest growing form of renewable energy. But there’s a new material on the block that enthusiasts say will bring about a further revolution - perovskites.

Roland Pease looks into perovskites - the materials enthusiasts say could transform solar power.
Solar power is the fastest growing form of renewable energy. But most of it collected by panels made of silicon - the material that also goes into computer chips. But silicon is an old technology, and researchers have long sought a material that is both better at capturing sunlight. And cheaper to make.

Perovskites, which first emerged into the lab just a few years ago, promise to be just that material. Roland Pease meets the experts who have made this happen, and finds out what makes perovskites so good - and what wrinkles still have to be ironed out.

Shedding Light on the Brain