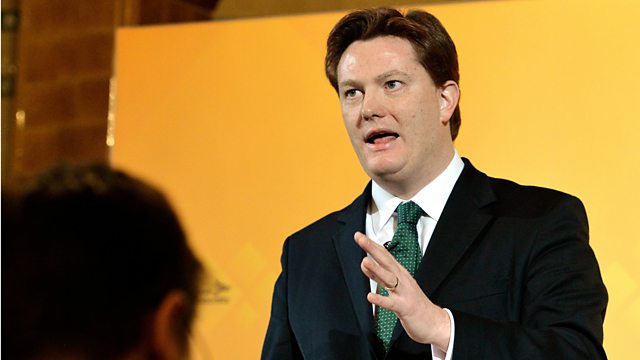 Liberal Democrat Danny Alexander has leaked to the Guardian, a paper written by the work and pensions department, spelling out plans to cut child benefit payments.

The extent to which a new Conservative government would cut welfare benefits has been one of the recurring themes of this election campaign.

They've said they'll cut £12 billion over the next few years but they have not said how.

The Liberal Democrat Danny Alexander has now leaked to the Guardian, a paper written by the work and pensions department, spelling out plans to cut child benefit payments.

John Humphrys challenged him about how new the information is and also whether it is accurate or instead “scaremongering”.

“I am not responsible for how the Guardian writes its story…I don’t know precisely what the Conservative party have in mind for their 12bn of cuts”," he replied.

Danny Alexander was made Chief secretary to the treasury when the Coalition government was formed and he's held that job ever since. It put him in a powerful position. He was a member of the so-called QUAD - the inner group of four senior Cabinet ministers - and so he was privy to lots of Cabinet secrets.

The Conservatives said they recognised none of the proposals, which were "definitely not" party policy.

"This is desperate stuff from Liberal Democrats who are now willing to say anything to try and get attention," a Conservative spokesman added.