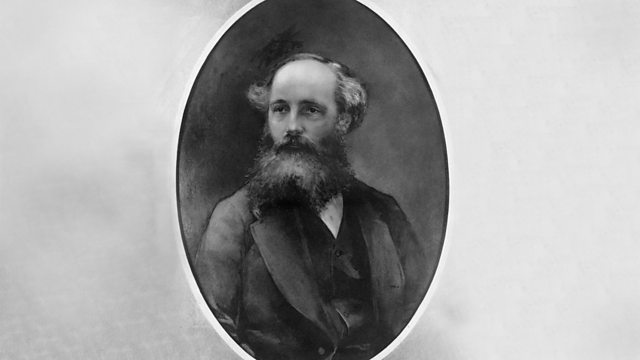 The story of the 19th Century Scottish scientist, James Clerk Maxwell, whose discoveries paved the way for a huge range of today's technology.

Dr Susie Mitchell hears the story of the 19th Century Scottish scientist James Clerk Maxwell. Maxwell's lifelong curiosity about the world and his gift for solving complicated puzzles led him to a string of discoveries. He was the first person to demonstrate a way of taking colour photographs, and he used mathematics to work out what the rings of Saturn were made of before any telescope or spacecraft was able to observe them close up. His most important achievement however was the discovery of electromagnetism, as neatly described by four now famous lines of equations. His prediction of electromagnetic waves led on to a huge range of today’s technology, from mobile phones and wi-fi equipment to radio, X-rays and microwave ovens. Albert Einstein considered him a genius, and another scientist Heinrich Hertz described him as ‘Maestro Maxwell’.

The 2015 International Year of Light celebrates, amongst other events, the anniversary of his ground-breaking publication about electromagnetism. So the only question is - how come the name James Clerk Maxwell isn't better known?