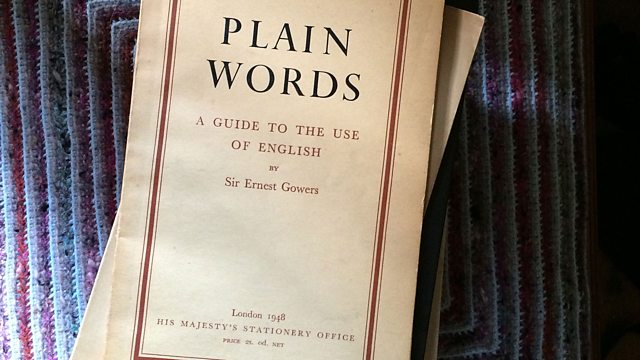 The deliberate obfuscation of language. Why do we use jargon?

Why do we use jargon - the deliberate obfuscation of language? Or in other words, saying things in a way that makes it difficult to understand. George Orwell, in the early 20th Century, hated this ‘inflated style’ of writing and there have been many attempts to get rid of it. In the 1940s Sir Ernest Gowers from the British Civil Service wrote a book - Plain Words - which has been reprinted again and again, most recently by his great grand-daughter who tells presenter Mike Williams why jargon is just as bad today as it ever was. It has been blamed for pulling the wool over the eyes of the general public and it’s the same all over the world.