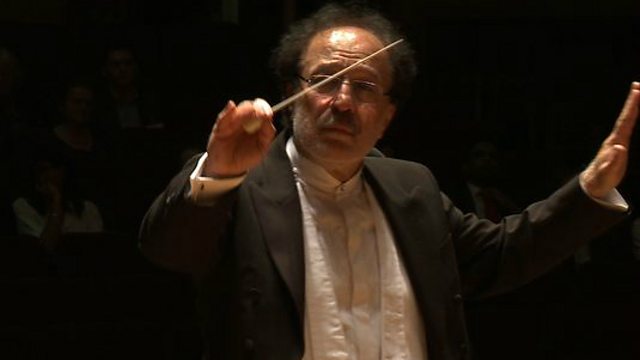 Many Armenians were displaced during the mass killings in the Ottoman Empire, that started a hundred years ago. One such example is the family of Vartan Melkonian - an Armenian born in a refugee camp in Lebanon after his parents fled the killings in Turkey. He became a street child in Beirut from the age of eight, and is now a conductor with the Royal Philharmonic Orchestra. He recently composed a symphony, or "symphonic poem" called Drake Passage, excerpts of which you can hear performed by the Royal Philharmonic Orchestra and recorded at the Abbey Road studios in London. Vartan Melkonian is also involved with the 100 Lives Initiative - a project, whose purpose is to commemorate those who helped Armenian refugees in need and to tell their stories.
Nuala Mcgovern spoke to him.