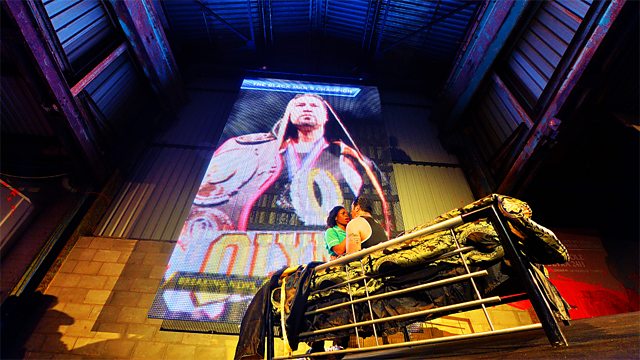 Entrance and aria of Olympion

The Ice Break opens in an international airport. This extract features the arrival of Olympion, the new champion of the world, who celebrates his blackness to the delight of his adoring fans. Olympion is played by T’au Pupu’a, an ex-professional American football player, making his UK opera debut in Graham Vick’s new production. Also featured are Stephanie Corley as Gayle, Ross Ramgobin as Yuri, Gayle's boyfriend, and Chrystal E Williams as Hannah.

The chorus and actors are drawn from the Birmingham local community; the City of Birmingham Symphony Orchestra is conducted by Andrew Gourlay.