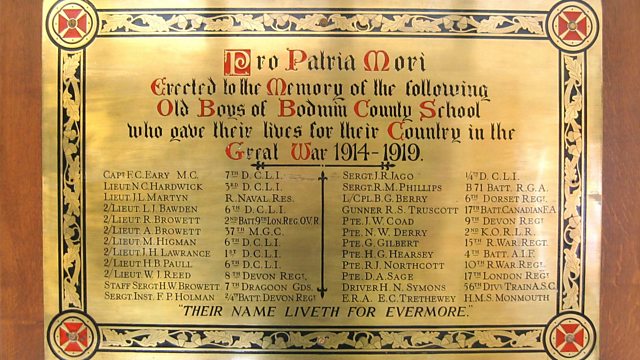 Twenty-four names appear on the school war memorial at Bodmin College. Among them six members of the cricket team who played for what was then Bodmin Grammar School. In the summer of 1914, the team played together at Lanhydrock. When war was declared they made a pledge to go together.

Nathanial Hardwick died aged 42 having insisted he serve alongside the boys he had taught and coached on the cricket ground.

The plaque carrying the ‘Old Boys’ names still hangs with pride and sorrow on the wall of the present day Bodmin College.

A century on, students mark the loss of the schoolboys in a play written by a former teacher, David Rowan.