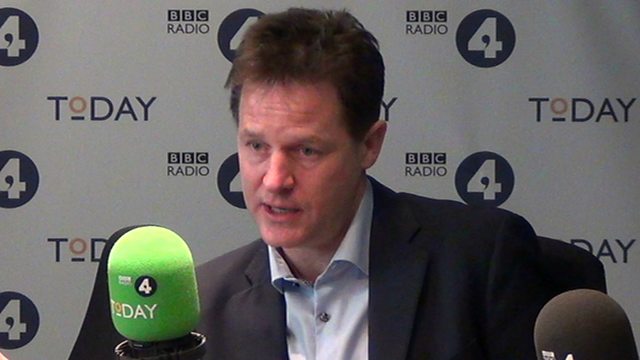 'I want to serve out the next parliament' - Nick Clegg

Parliament has been dissolved and the general election campaign is officially under way.

Kicking off his party’s campaign, Deputy PM Nick Clegg said "we shouldn't be leaving the European Union" but that the Liberal Democrats "believe in a referendum".

He said his party's position was that an in/out vote should happen if there is a further transfer of powers to the EU.

He also said he intends to remain Lib Dem leader for the whole of the next parliamentary term.

"I certainly want to serve out the next parliament," said Mr Clegg.