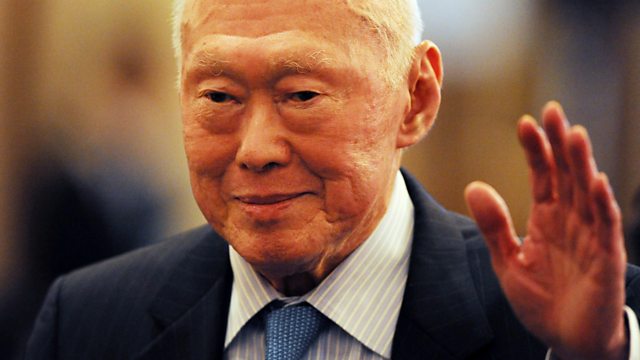 Lee Kuan Yew: The Man Who Made Singapore

Reflections on the life of Lee Kuan Yew, who transformed Singapore into one of the world’s richest nations. Edward Stourton asses the record of a man who modernised this island.

Edward Stourton looks back at the remarkable life of Lee Kuan Yew, who transformed Singapore from a backwater into one of the world’s richest nations. Edward talks to critics and admirers as he assesses the record of the man who laid down the blueprint for the modernisation of the island nation that allowed it to compete on the world stage. Often accused of authoritarianism, Lee spoke of governing though 'Asian values' to create a successful and harmonious society under firm but benevolent leadership.