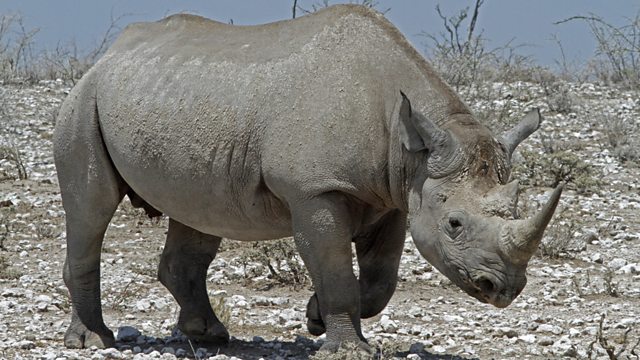 Using drones to track rhino poachers, detect deforestation in Peru and spot orangutan nests in Borneo. What happened when ants were sent to the International Space Station?

Modelling the behaviour of rhinos and their poachers in South Africa, limits where and when spotting drones need to fly, increasing the chance of catching poachers before they kill.

Using drones for conservation
Unmanned Aerial Vehicles (UAVs or drones) are increasingly being used to help conservationists. They are cheap to use, can access virtually inaccessible regions and can be used for all sorts of data collection. One area where drones are proving invaluable is in mapping and locating vegetation to examine plant health and deforestation in detail, all around the world. A team from Kew Gardens in London have been flying drones in Peru, where they’ve examined the fragile ecosystems threatened by mining in the Lomas region. Another example is using drones to look for orangutan nests in the tree tops of Bornean forests.

Ants in space
A colony of ants were sent up to the International Space Station early last year. Researchers wanted to find out how they behaved in microgravity. Ants use a technique called ‘collective search’ to communicate throughout the colony things like where the best food is. How they behave and communicate is dependent on the density of the foraging ants. It’s a trick that people programming swarms of robots for tasks like search and rescue are very keen to learn more about. But how did being in zero gravity affect this behaviour? The results just in show that the ants can still manage collective search, but spent most of the time clinging on to the sides of their test chamber!