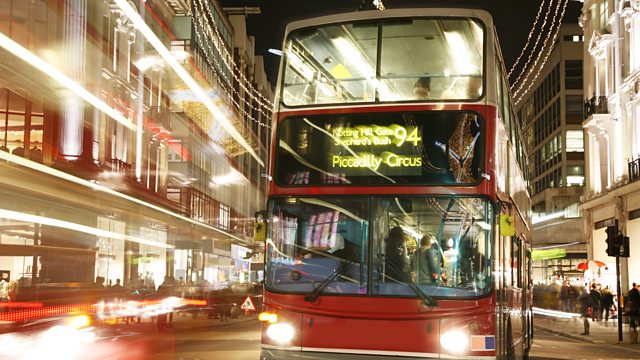 Sheltering on the Night Bus

A ride with Ahmed, a failed asylum seeker, who sleeps on London’s night-buses.

Ahmed has spent much of the last three and a half years sleeping on London’s night buses as they make their way through the city. He fled to the UK from India in 2002 during the communal riots in Gujarat, fearing that he was going to be a target. He had his asylum application turned down but, still nervous about the situation at home, he stayed in the UK.

Ahmed has no papers and is not allowed to work, so he ekes out his existence getting travel money in exchange for volunteering at various hostels. In this programme we travel on the night bus with Ahmed as he snatches brief moments of rest until he has to get off at the end of the line and wait for the return bus.

Through Ahmed we enter a netherworld where many other failed asylum seekers like him exist. We meet a woman from Uganda who sleeps in some of London’s churches and a man from Sierra Leone who lives in a park in the south of the capital. These are people rarely heard or noticed.

The Best Nightclub in Africa