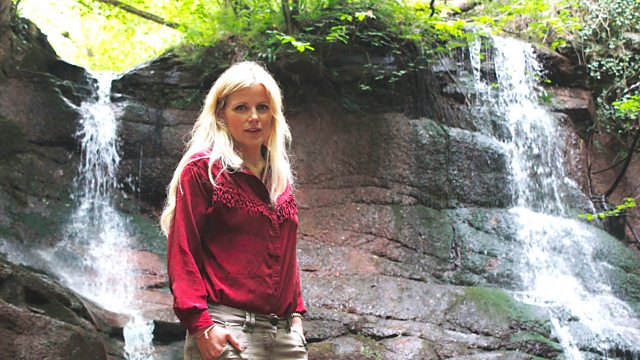 In this new series, Ellie Harrison and Adam Henson explore hidden corners of the UK, hunting for secrets hidden in the landscape, inspired by suggestions from Countryfile viewers. Adam and Ellie meet people living in the countryside who have extraordinary stories and stunning sights to share, while the pair also reveal some secrets of their own.

In this first episode, Ellie and Adam visit south Wales to explore the unseen water world at the heart of the Brecon Beacons. Adam discovers a completely hidden path, a magical walkway behind a glorious waterfall.

Ellie confronts her own secret fear of tight spaces as she ventures into Britain's deepest cave, a terrifying labyrinth of passages carved through solid rock by an ancient underground river. Ellie is in search of extraordinary crystal formations that few have ever seen.

Adam and Ellie also hunt for a forgotten 'witches' pool', a beautiful pond fed by a waterfall that conceals a terrible secret in the heart of its dark waters.

Ellie shares her passion for wild swimming as she plunges into an enchanted fairy pool concealed high in the mountains of the Brecon Beacons.

Along the way we meet a couple whose lives were transformed when they risked everything to buy a historic toll bridge over the river Wye. Can they make this 200-year-old crossing pay its way today?

The journey reaches an awe-inspiring climax with an ascent by balloon at dawn. As the sun rises over the peaks and lakes of southern Wales, this landscape - steeped in legend and mythology - is brought magically to life by a latter-day poet, who takes Adam and Ellie on an exquisite aerial tour of the secret delights of the Brecon Beacons.

See all clips from Water World of Wales (5) 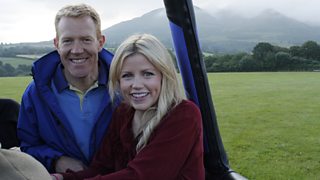 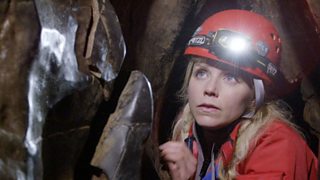