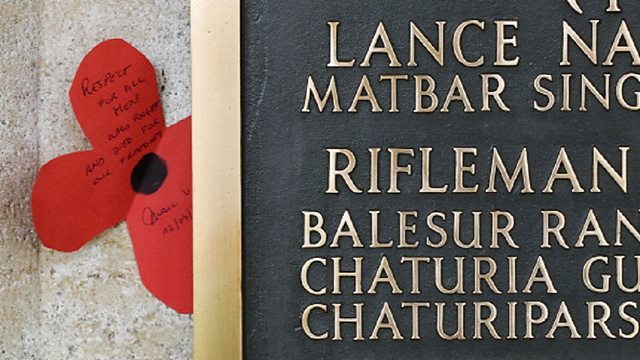 FOOC: The Colonial Troops of World War One

Commemorating the contribution and sacrifices of Indian and African troops who served during WWI. A special essay from Reeta Chakrabarti, in France and Kenya.

World War I was, by definition, a global conflict - and it involved combatants and support staff all around the world. It wasn't simply a fight between European powers: individuals across Africa and Asia volunteered, struggled and fought, sometimes at home, sometimes half a world away. A special essay from Reeta Chakrabarti, in France and Kenya, commemorates the contribution and the sacrifices of Indian and East African troops who served on the British side during the conflict.

(Photo: The Neuve Chapelle Indian Memorial in France commemorates the 4,700 Indian soldiers and labourers of WW1 whose bodies were never found. India sent 140,000 to the Western Front through Belgium and northern France. Credit: Richard Lautens/Toronto Star via Getty Images)

The Why Factor: Skyscrapers

The Forum: The Imminent Demise of the Novel?

See all episodes from The Essential