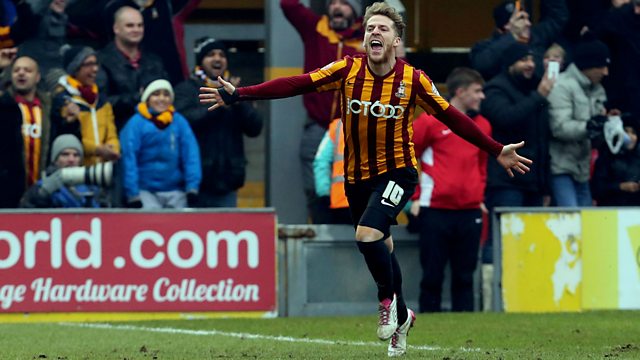 This season's FA Cup has been dominated by the giant killing exploits of Bradford City. Wins away at Chelsea and home to Sunderland have seen them through to the quarter-finals. Few would have thought that come March they would still be in the competition. Not least Bradford City forward Billy Clarke who already has plans for FA Cup final weekend in May! Speaking to the BBC's Joel Hammer

PHOTO: Billy Clarke of Bradford City celebrates after his shot on goal deflected off John O'Shea of Sunderland into the net, putting Bradford in front during the FA Cup fifth round (CREDIT: Ian Horrocks/Sunderland AFC via Getty Images)