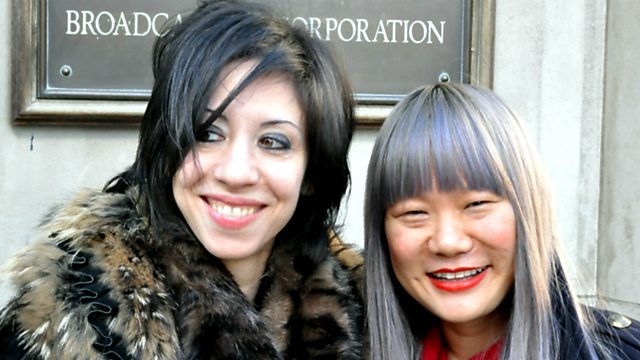 Aowen Jin is from China but has lived and worked in the UK for 18 years. Originally trained as a lawyer, she swapped a life at the bar for a life at the easel and now her work is in the Queen's private collection.

Before the civil war Sara Shamma was a star of the blossoming Syrian art scene. She carried on painting in Damascus for as long as she could - starting on a series called Diaspora. By the time she finished it, she was herself part of the Syrian diaspora, having fled to neighbouring Lebanon where she has made her home.

Aowen and Sara joined Kim Chakanetsa in the studio to talk about leaving home, taking inspiration from conflict, family ties and how to spend a day off relaxing to music and eating cheese!

Exploring the Past: Salima Ikram and Justine Benanty