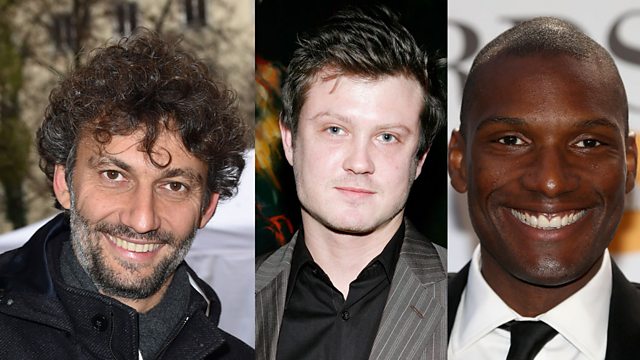 An opera theme with Jonas Kaufmann discussing his father’s fear that he would live poorly as a singer, doing so-called ‘Brotlose Kunst’ – bread less art. House of Cards’ producer Beau Willimon claims that Bill Clinton reckons this Washington drama series is 99% accurate. African-American opera singer Noah Stewart remembers how he was told that his skin-colour would bar him from success - it has not. Cameroonian traditional singer Tata Kinge talks about his album and the sound he believes he pioneered - Cha Cha music.

Ailyn Pérez, on partner station WNYC’s Leonard Lopate show, discusses her debut at the Met Opera in NYC. And, we look at Fireworks, a new show about two families escaping siege in an imaginary Palestinian Gaza, on the London stage.