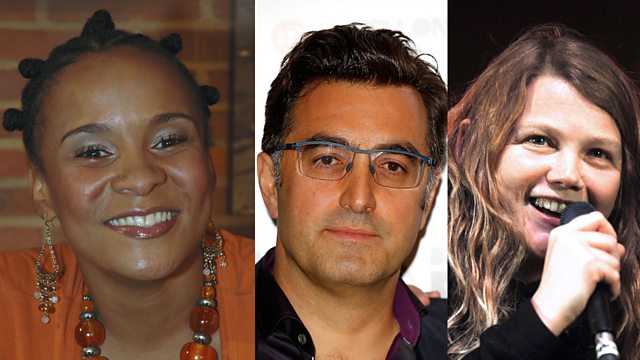 Street poet Thabiso Mohare talks to the performance poet Lebo Mashile about South Africa’s post-apartheid generation of writers.
There is news from the Zanzibar music festival, a report from the Lahore and Karachi Literature festivals and we hear from Iranian/American author Rabih Alameddine about the blue-haired, septuagenarian Beiruti bookworm who is the heroine of his latest book.

The Unquiet Ones: A History of Pakistan Cricket by Osman Samiuddin
Wounded Tiger: A History of Cricket in Pakistan by Peter Oborne
A God in Every Stone by Kamila Shamsie
An Unnecessary Woman by Rabih Alameddine