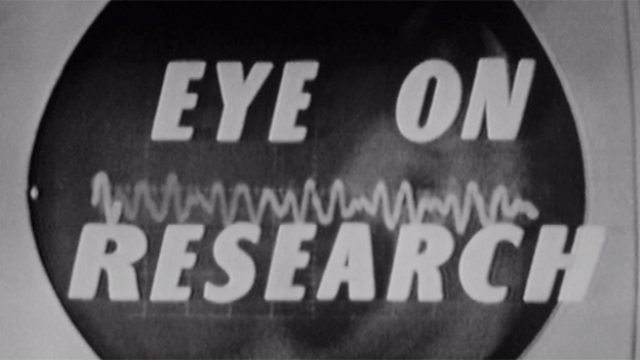 Eye on Research, the first long lasting regular science and technology series on BBC TV, ran between 1957 and 1962. It was a topical, live series that took outside broadcast cameras out into scientific laboratories and research stations on weekdays when the equipment wasn’t needed to cover sports fixtures. Being live, the programmes generally needed the services of a reporter on the spot to mediate between the expertise of the scientist and the viewer at home. In the first series they used the Manchester journalist Robert Reid. Thereafter it was Raymond Baxter who fronted the programme.