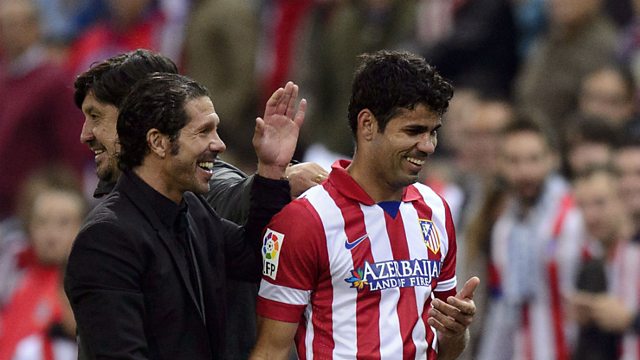 Costa 'studied at the academy of the master, Simeone'

BBC South American football correspondent Tim Vickery explains what is behind Diego Costa's uncompromising style of play, after the Brazil-born striker was charged by the FA for a collision with Liverpool's Emre Can in Tuesday night's Capital One Cup semi-final second leg.

Vickery says Costa has been moulded by his Atletico Madrid mentor Diego Simeone, the archetype of South American football's ultimate combination of endeavour and technique.

Costa is now much more adept at inducing opposition players into losing their cool, Vickery says.

This clip was broadcast on 5 live Sport on Wednesday 28 January 2015.