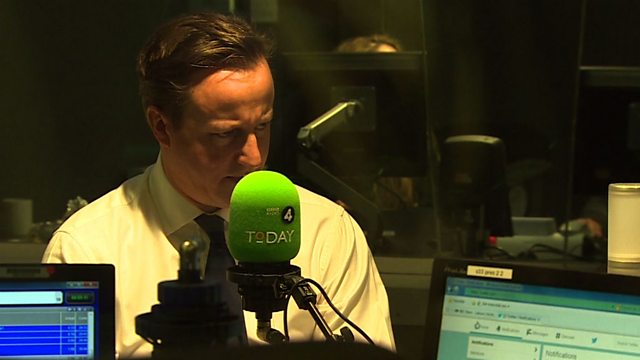 The Prime Minister told Today he doesn't think it's fair to ask pensioners to make allowances with a cut to their income:

"I've always said there aren't huge savings to be made from axing these benefits...pensioners today have £800 more through their pension than before I became Prime Minister".

David Cameron was asked why he is lowering the benefit cap from £26 000 to £23 000: "The criticism all over the country was the cap was set too high".

Responding to how parents with a large number of children could be affected by the cuts, the Prime Minister claimed they would be 'better off if they go out and get a job and this country is generating jobs at a record rate".

On whether child benefit should be exempt from the cap "I don't think it's right to exempt child benefit..the way to escape benefit is to train for jobs".

You can find the full interview on the Today podcast: http://www.bbc.co.uk/podcasts/series/today