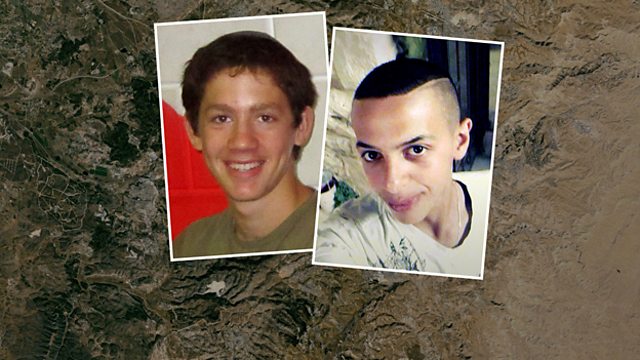 The Lives And Deaths Of Naftali and Mohammed

Mike Thomson travels to Israel to talk to the family and friends of two of the teenagers murdered last summer in Israel, which heightened tensions leading to the 2014 war in Gaza.

Last summer the deaths of four innocent teenagers in Israel, three Jewish and one Israeli Arab, heightened tensions leading to the start of the 2014 Gaza war. Mike Thomson travels to Israel to speak with the friends and family of Naftali Fraenkel, one of the murdered Jewish schoolboys and those of Mohammed Abu Khdeir. He hears about their lives, their loves and the potential taken away during those 19 days last summer. This is a story of the human lives behind the headlines of this eternal conflict.

Your Rubbish, Our Hope