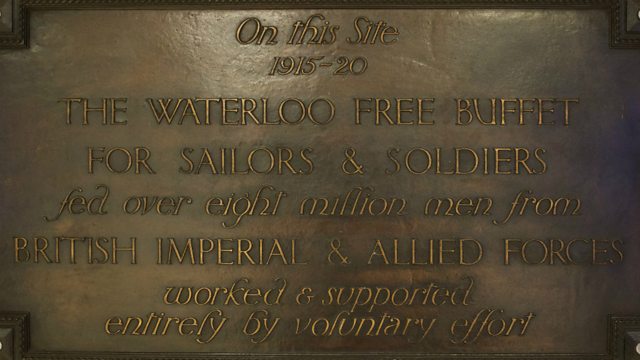 During World War One free buffets, for soldiers and sailors, were set up at railway stations around London and the rest of the country.

The largest of these was the Waterloo free buffet which, between 1915 and 1920, served more than eight million servicemen.

It was based in the subway under platform 12 and was originally set up for soldiers who had arrived in Southampton in the early hours of the morning and needed a meal by the time they reached London.

The Waterloo buffet eventually became a 24-hour service as men were passing through the station at all times of day or night.

Australians, Belgians, Italians, Poles and Americans all went through Waterloo, as did shipwrecked merchant sailors and repatriated prisoners of war.

The buffet was paid for by charitable donations and staffed entirely by volunteers.