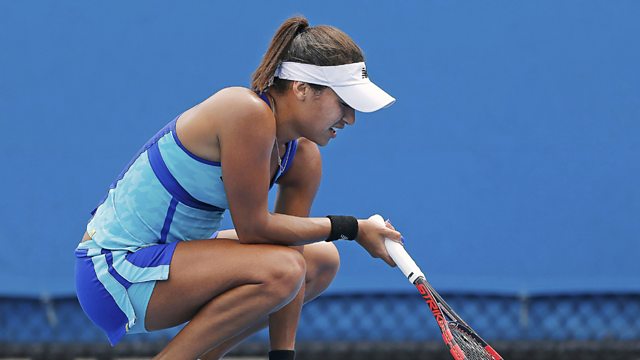 Heather Watson out in first round of Australian Open

British number one Heather Watson lost in the first round of the 2015 Australian Open Tennis Championships after feeling light-headed and requiring treatment from the doctor.

Watson, whose ranking plummeted after a bout of glandular fever in 2013, lost 6-4 6-0 to Tsvetana Pironkova.

The 22-year-old was confident it was not a return of glandular fever but said she often struggled for energy.

"I felt very light-headed and low on energy - it's a shame that it's today," Watson told BBC's tennis correspondent Russell Fuller.

"I get it sometimes. I'm going to go and see the doctor afterwards and see if there's anything I can do to help with times like these in the future."

"I think it's just one of these things that I have, girl things. It just happens."

This clip is originally from 5 live Breakfast on Tuesday 20 January 2015.