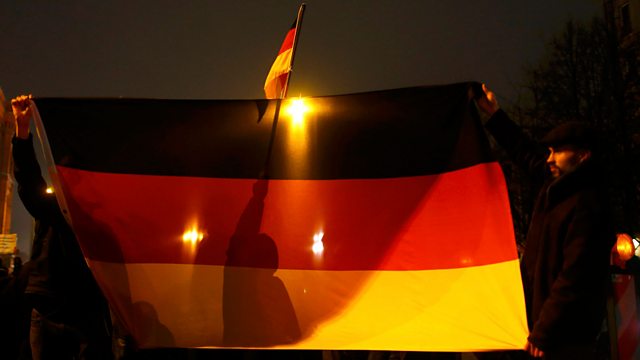 Germany's nascent anti-Islamisation movement Pegida, is attracting a new middle-aged following to its weekly marches around the country. Catrin Nye meets its leader.

In Germany a new populist ‘anti-Islamisation’ movement, Pegida, is attracting tens of thousands of people to its Monday marches through the city of Dresden. They claim not to be racist or xenophobic but critics accuse them of being ‘Pinstriped Nazis’. Catrin Nye asks why Pegida has grown so fast and what they actually stand for.

(Photo: Supporters of the Pegida movement hold up German flags during a protest in Duesseldorf, Germany. Credit: Getty Images)