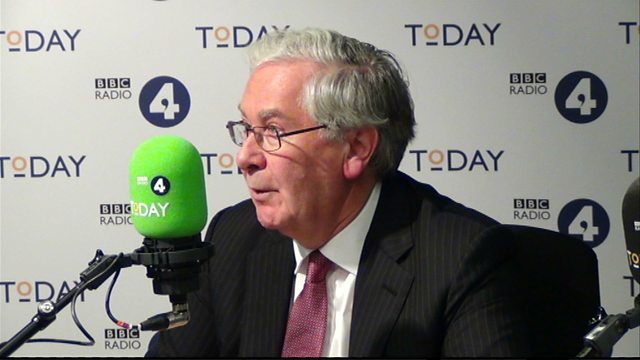 Mervyn King: 'we knew the financial position was unsustainable.'

To end his guest edit former governor of the Bank of England Mervyn King discusses what he enjoyed about putting together a programme.

James Naghtie and Justin Webb also asked Lord King whether, a few years on from the financial crisis, he had a better idea of what caused it.

Lord King told Today: 'I think the real problem was there was a shared intellectual view that things were going well.'

"Now there were obvious imbalances, we knew the position was unsustainable, but it wasn't entirely obvious where it would come unstuck."